The Netherlands American Cemetery and Memorial is the only American military cemetery in the Netherlands. The cemetery site has a rich historical background, lying near the famous Cologne-Boulogne highway built by the Romans and used by Caesar during his campaign in that area. The highway was also used by Charlemagne, Charles V, Napoleon, and Kaiser Wilhelm II. In May 1940 Hitler's legions advanced over the route of the old Roman highway, overwhelming the Low Countries. In September 1944, German troops once more used the highway for their withdrawal from the countries occupied for four years. The cemetery's tall memorial tower can be seen before reaching the site, which covers 65,5 acres. From the cemetery entrance visitors are led to the Court of Honor with its pool reflecting the tower. Stretching along the sides of the court are Tablets of the Missing on which are recorded 1.722 names. Rosettes mark the names of those since recovered and identified.

Each year on Memorial Day (28 May) the dead are commemorated. In 2005, presidentBush attended a large solemn meeting. It was for the first time that an American president visited the cemetery. 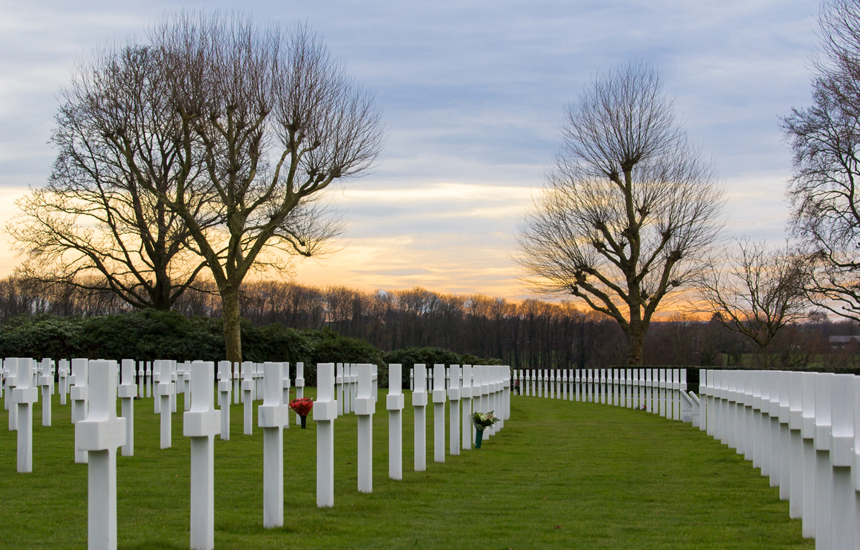 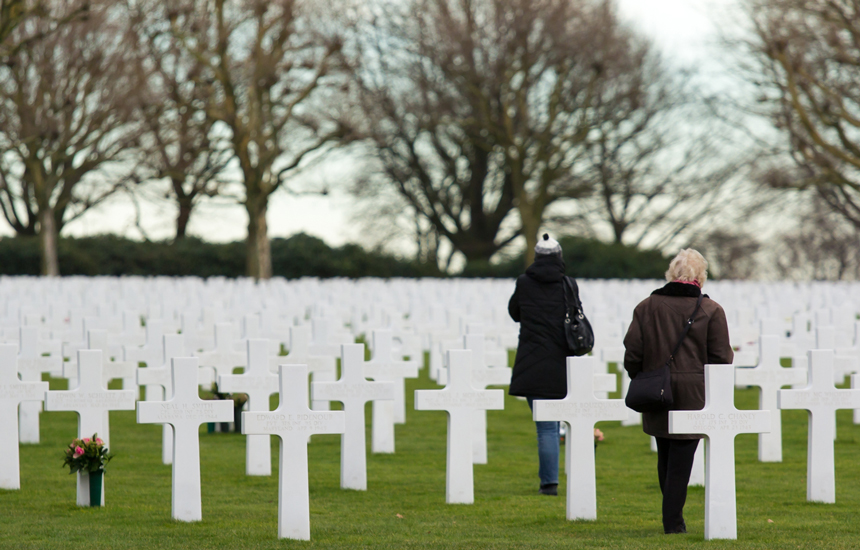 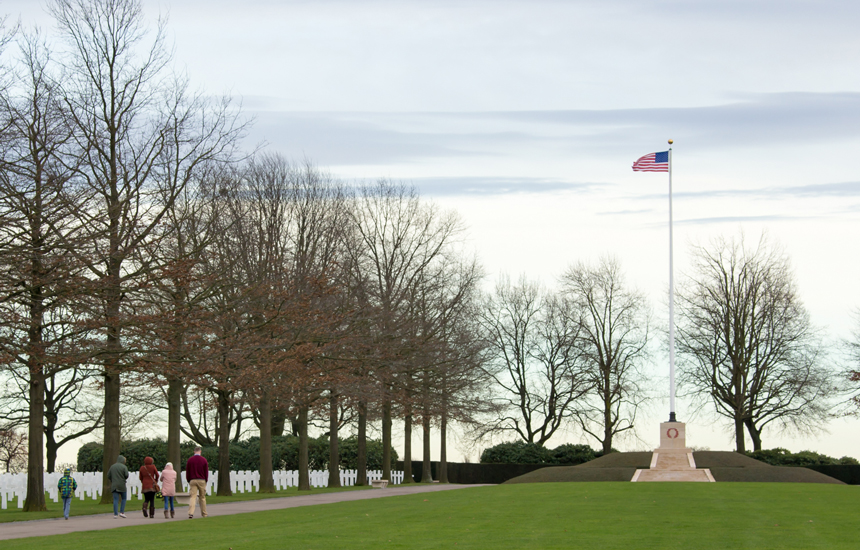 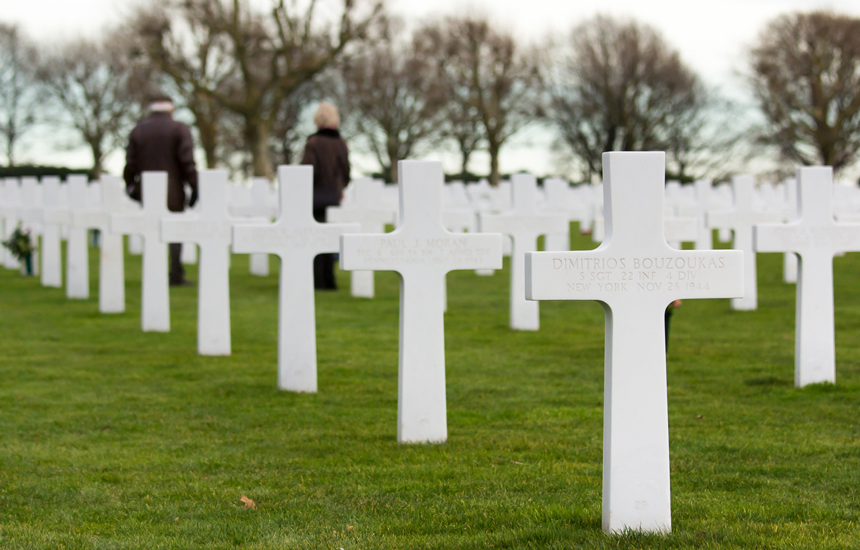 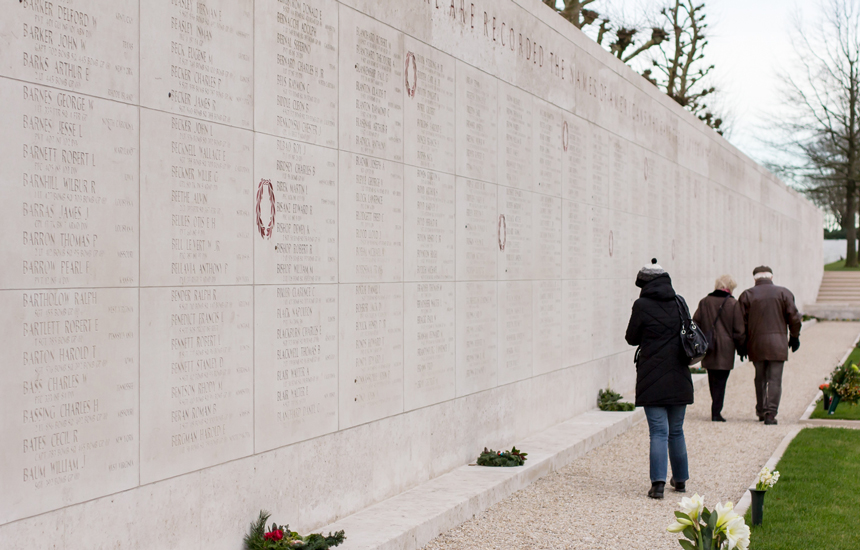 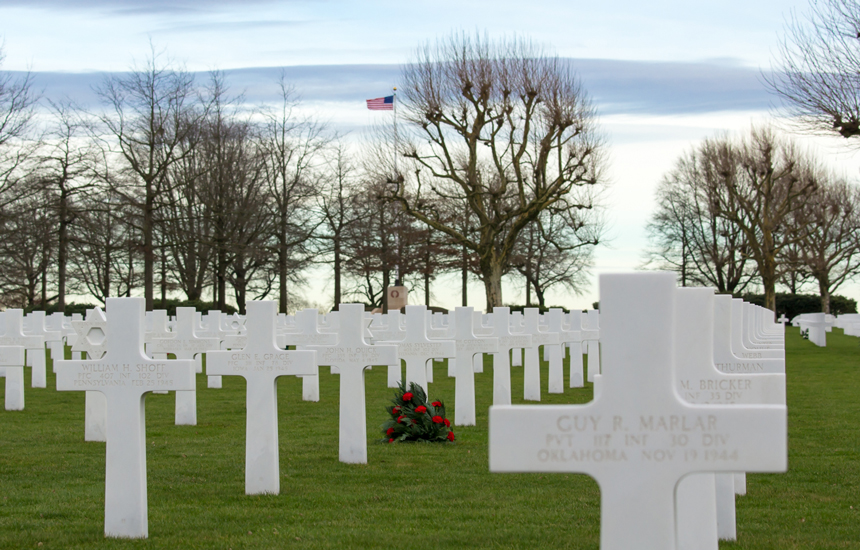